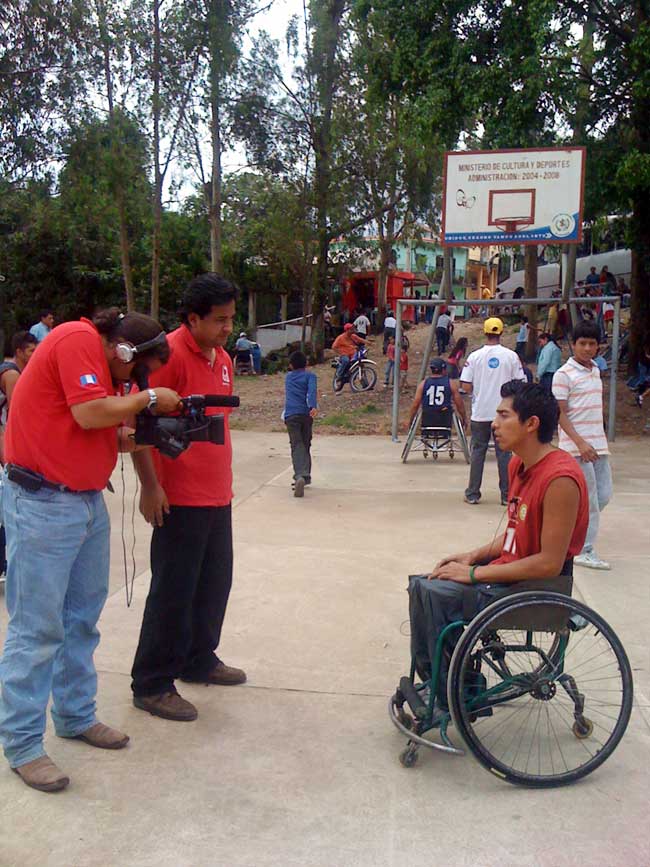 Juan is interviewed after the game.

The Transitions basketball team recently brought home another first place trophy, but the real prize was what they left behind. Two members stayed in Santa Rosa, a department in southern Guatemala, to conduct a weeklong educational program about disabilities following the wheelchair basketball tournament organized by Transitions.

Juan Chiti and Efrain Genis, two Guatemalans with disabilities that met Transitions as clients and became employees, visited schools in the area to share their story with curious students. The sessions began with an educational video about living with a disability followed by a personalized speech about the success that people with disabilities can achieve and concluded with an opportunity for unrestricted questions.

“It is difficult for me to speak before large groups” said Juan, referencing the hundreds of people that surrounded his stage one evening. “But people need online aussie pokies to talk about their problems. It is the only way to overcome them. Life with a disability is not easy, but it’s not impossible.”

Three people reached out to Transitions in need of a wheelchair during the week in Santa Rosa, a further reminder that there is always work to be done.

A little goes a long way in the Special Education Classroom